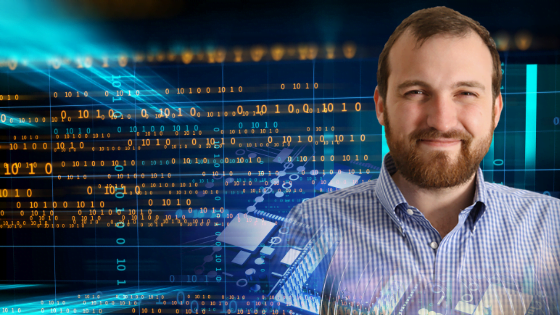 Charles Hoskinson supported a mathematics research centre with the donation of $20 million, aimed to change the world with math.

Charles Hoskinson, CEO and founder of Cardano project. Many times Charles Hoskinson used the concept of Math to use in the cryptography works. A recent report we covered, where Charles shared his concept of StableCoin and he proved the exactness of the stability of the stablecoin with the use of mathematical Theorem.

On 22 September, tweeted that he was invited for the announcement of the opening of the Center for Formal Mathematics. Charles Hoskinson donated funds for this mathematics research centre so that I could sustain a permanent center to rewrite the language of math.

The cats out of the bag. Today I got to announce the Hoskinson Center for Formal Mathematics at @CarnegieMellon I donated 20 million dollars to create a permanent center to rewrite the language of math. pic.twitter.com/d7D2JPry3E

This shows that Charles Hoskinson is much inclined towards mathematics and he also has an aim to change the future of Mathematics with new research.

After this announcement of donation, Charles Hoskinson is getting huge suport by the crypto community.

Here we also should not see Charles Hoskinson only as a crypto projects founder. He is also a mathematician. And also through their projects and support, aimed to educate people about crypto and Decentralized technology.